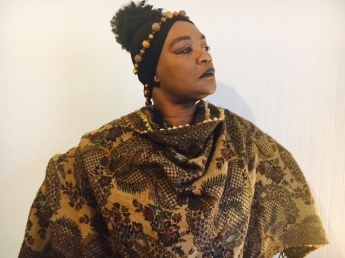 Lavern Archer is a Jamaican born Actress. Her theatre career includes working at Roots and Blue Mountain Theatre playing the lead consistently in sell out show such as Postman, playing to thousands of fans in London and across the country at The Hammersmith Apollo, Hackney Empire and Leeds Grand. Lavern is a very accomplished writer and set up the innovative kitchen theatre in South London. Diners would have the joy of eating home cooked Caribbean food whilst watching the play happen around them. Lavern played Nita in the original production of Sitting In Limbo at the Tricycle Theatre in London and again in the Caribbean. A veteran actress whose work includes, leading lady in Oliver Samuel’s Mr. Incredible, Sting in The Greatest Show on Earth, Dutty Wine, Deportee, I’ve Got Your Man, Trevor Rhone’s Two Can Play, Confession of a Black Woman, and The Wedding, among her film credits are Passa Passa. Lavern’s performance as a 76 year old controlling, feisty, but funny old woman earned her rave reviews in Shall I Kill Mama by Trevor Thomas.

You can see Lavern playing Princess in White Witch at the Chelsea Theatre from April 4th until April 30th.