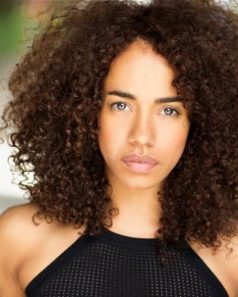 Helena Dowling trained at The London Studio, Identity School of Drama and Trinity Laban Conservatoire of Music and Dance. She has an impressive track record of film television, theatre and musical credits to her name, spanning traditional, classical and contemporary works.

Notably, Helena has been featured in a number of prestigious award winning and nominated films, plays and musicals, such as Totally Frank and the acclaimed Olivier award winning production Soul Sister. She is currently featuring in the short film CTLR, Which was selected for the British Film Festival and London Film Festival and awarded at the LA Spotlight and Garden State festival along with 7 other awards.

Last year she was selected to dance for Solange in her short film for the opening of the Tate Tanks building at Tate Modern.

Theatre roles include Loretta in Break Every Rule and Millie in 27 Club, both of which toured in Europe and Rhoma in Soul Sister. They also include Tiger Lily, Princess Jasmine and numerous dance roles including extensive choreography credits. Helena has consistently been presenting on children’s television for Nick Jr she also wrote and created ‘Kushaboom’ For Nick Jr! about world dance for children. She has also featured in a number of music videos including Kylie and Tinie Tempah.

You can see Helena playing Chloe in White Witch at the Chelsea Theatre from April 4th until April 30th.

You can see Craig playing Dawes in White Witch at the Chelsea Theatre from April 4th until April 30th.

Lavern Archer is a Jamaican born Actress. Her theatre career includes working at Roots and Blue Mountain Theatre playing the lead consistently in sell out show such as Postman, playing to thousands of fans in London and across the country at The Hammersmith Apollo, Hackney Empire and Leeds Grand. Lavern is a very accomplished writer and set up the innovative kitchen theatre in South London. Diners would have the joy of eating home cooked Caribbean food whilst watching the play happen around them. Lavern played Nita in the original production of Sitting In Limbo at the Tricycle Theatre in London and again in the Caribbean. A veteran actress whose work includes, leading lady in Oliver Samuel’s Mr. Incredible, Sting in The Greatest Show on Earth, Dutty Wine, Deportee, I’ve Got Your Man, Trevor Rhone’s Two Can Play, Confession of a Black Woman, and The Wedding, among her film credits are Passa Passa. Lavern’s performance as a 76 year old controlling, feisty, but funny old woman earned her rave reviews in Shall I Kill Mama by Trevor Thomas.

You can see Lavern playing Princess in White Witch at the Chelsea Theatre from April 4th until April 30th.

You can see Robert playing Palmer the plantation owner in White Witch at the Chelsea Theatre from April 4th until April 30th.

Darien Charles is an aspiring actor, from a young age he has had a passion for theatre and the arts. Having joined Stratford East Youth Committee and their acclaimed poets group he went on to win a Jack Petchey award for his leadership displayed. Darien performed and wrote in collaboration with the Stratford East ensemble, ‘The Poets Manifesto’ production in Theatre Royal’s Studio Space and The Arcola Theatre. A production he and fellow youth committee members sought funding for from the Swan Foundation in a successful pitch that brought the show to the stage. Darien went on to perform in a ground breaking production of live arts and spoken word on a moving train piece called CR2 which was funded by the Arts Council England.
Darien was one of the five winners of a poetry competition inspired and designed by Vivienne Westwood. As a result his poem was published and he performed it at a spoken word event at Keats House in London.
Darien has been commissioned to produce and direct a number of social enterprise and promotional short films. His most recent project is his own work, a short film, ‘En Passant’, which he wrote, produced and directed. It is currently out on the festival circuit.

You can see Darien playing Cupid in White Witch at the Chelsea Theatre from April 4th until April 30th.

Merric studied acting at LAMDA and Arts Educational. His stage credits include Deflores in the Changeling , Greg Mendez in The Long Bench and most recently Admiral Bullen in A Chatham Conversation.

TV work includes several roles in Derren Brown’s Trick or Treat and he has also had several film roles including Rick in Galatea, and Ben in Tomoko. Merric is also an accomplished pianist.

You can see Merric playing The Doctor in White Witch at the Chelsea Theatre from April 4th until April 30th. 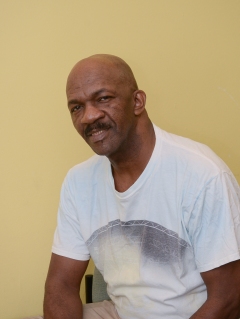 Charles Tomlin is a Jamaican born actor of excellent repute. He has acted in the UK for 30 years and was a much loved actor back in Jamaica before that.

His acting has included performing major roles in Jamaican plays by acclaimed writers such as Michael Denton and Floyd Knight. He started out in this country with the ground breaking Company, Roots Theatre, who were based at the award winning Brixton Village. He was snapped up to play the memorable character ‘Postie’ in ‘Postman’ and ‘Boysie’ in ‘Ded Lef’. He went on to play many other roles with Roots Theatre including some hard hitting shows, which explored the injustices of the ‘Poll Tax’ laws in the late 1980s.

He moved on to work consistently for Blue Mountain Theatre spanning 15 years, playing the lead in sell out shows, such as ‘The Perfect Black Man’, an exciting adaptation by Floyd of Shakespeare’s ‘Othello’. Charles is a comic genius on stage because of his timing, wit and ability to play pathos with style and empathy. He is also an accomplished stand up comedian with his own loyal following always eager to see him on stage.

Charles will be playing Rhone in White Witch at the Chelsea Theatre from April 4th until April 30th.

London based, British born. Actor, model and youth worker, Nathan Thomas grew up in London with Jamaican parents. He attended and trained at both Morley Drama studio and Anna Shears Drama school. As an actor he has participated in various forms of productions from stage, film, TV and an interactive radio play. Nathan discovered his passion for performing arts when he was a small child being cast for his school nativity play. Ever since Nathan has been pursing this passion with great enthusiasm and determination. He continues to nurture and develop his skills.

Nathan will be playing Sammy in White Witch at the Chelsea Theatre from April 4th until April 30th.